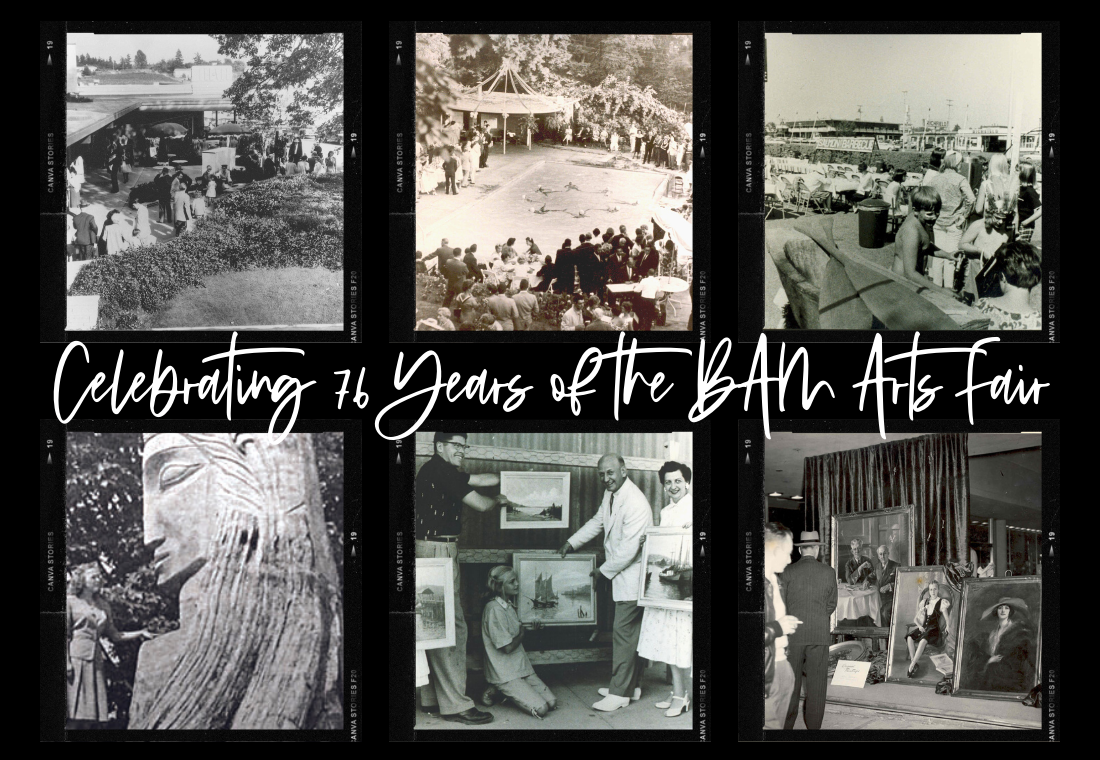 76 Years Of Crafting Community In Bellevue

The Bellevue Collection is proud to welcome the return of the Bellevue Arts Museum Arts Fair, returning live and in-person to our West Drive July 29-31, 2022. From its formative debut as an arts and crafts fair to its current title as the largest award-winning arts and crafts festival in the Northwest, the BAM Arts Fair is nothing short of a Bellevue institution.

In 1947, the same year Jackie Robinson joined the MLB and the first airplane broke the sound barrier, restaurateur Carl Pefley approached Kemper Freeman, Sr. with an idea for an outdoor art exhibit. The process of choosing art to hang in the Crabapple restaurant put him in constant contact with artists looking to display their work, and it was interfering with time he wanted to spend on the restaurant. He suggested that the iconic madrona tree outside the Crabapple could serve as a central location for an annual exhibition.

Bellevue Shopping Square was a new addition to the town of Bellevue, which wouldn’t be incorporated until 1953. The Lake Washington floating bridge would not connect the community to Seattle until 1949, and it was considered a rural bedroom community at the time, rather than a hub for art. Even still, Pefley and Freeman, Sr. hosted the first fair at Bellevue Shopping Square for nearly 30,000 guests. The autumn event garnered the participation of 70 local and regional artists and four times that amount of artwork. Despite inclement weather, including several intermittent downpours, the fair was attended by nearly 30,000 people. 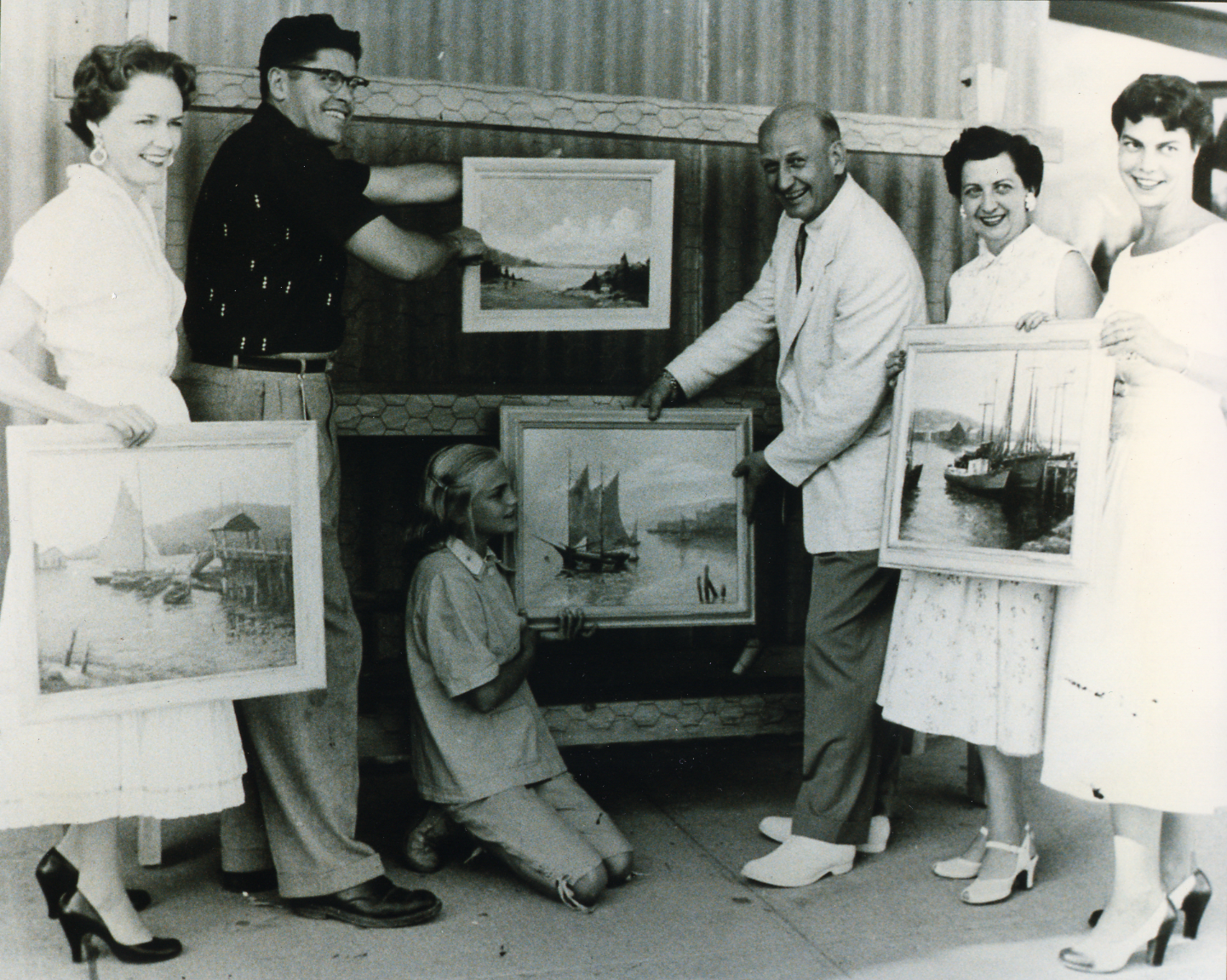 The fair’s success inspired the Freemans, Pefley, and a handful of volunteers to form the Pacific Northwest Arts and Crafts Association (PANACA) with the mission to enhance, educate, and inspire artists around the region. Knowing the fair would be more enjoyable in better weather, Kemper Freeman Sr. did his research and moved the now-annual fair to the last weekend of July, when rain is consistently the least likely.

In 1953, the festival’s founders hosted the first-ever Patron Party, a fashionable society event in which guests were given first pick of works from the artists who would be exhibiting their work over the festival weekend. Proceeds benefitted the arts fair, and the event became an annual staple of Bellevue Society. Today, the Patron Party is called Artful Evening, and it’s BAM’s most important annual fundraising event.

Over the years, Bellevue grew, changed, and flourished, and so did Bellevue Square. In 1961, PANACA opened their own gallery inside Bellevue Square to promote artists year-round. By 1983, PANACA’s School of Art, which had a store in Bellevue Square, grew from a few individuals in a little red schoolhouse to a full-fledged museum. The Bellevue Arts Museum opened that year on the third floor of Bellevue Square. And, each year, thousands of guests journeyed to enjoy the art, food, and culture Pacific Northwest artists brought to the fair.

As Bellevue Square celebrates the end of its 75th year in Bellevue, BAM celebrates as many years of fostering, encouraging and engaging the Eastside’s artistic community through the Arts Fair. The Bellevue Collection is proud to sponsor their creative endeavors and support them as they engage and enrich the local community. Visit Bellevue Square from July 29-31 to view and shop the works of over 300 artists juried by the Bellevue Arts Museum, see live performances at the BAMboozle stage at Fountain Court, and enjoy free admission to the Bellevue Arts Museum.

Art At The Collection

Art At The Collection

From hosting the BAM Arts Fair since 1947, to housing the newly minted Bellevue Arts Museum on the third floor of Bellevue Square in 1983, to welcoming PACE’s Art...
Culture
Celebrating 76 Years of the BAM Arts Fair

The Bellevue Collection is proud to welcome the return of the Bellevue Arts Museum Arts Fair, returning live and in-person to our West Drive July 29-31, 2022. From its...
Culture
Brain Day International