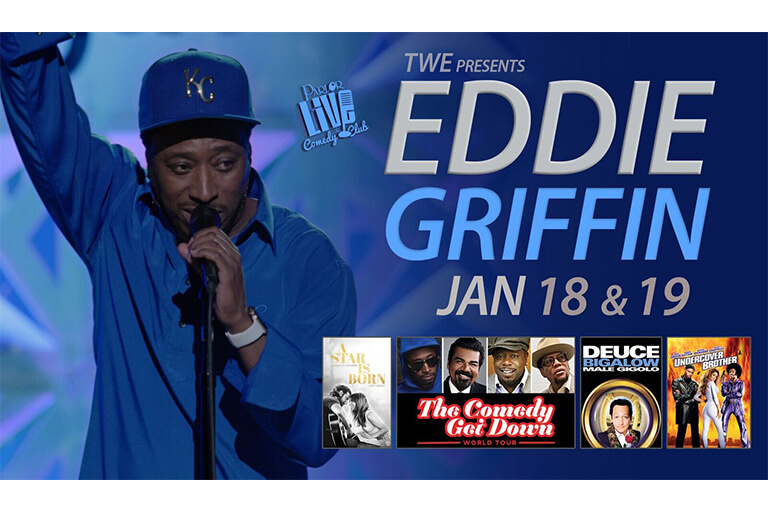 TWE and Parlor present Eddie Griffin! Eddie starred beside Denzel Washington in "John Q," earning him respect as a dramatic actor. Shortly thereafter, his leading-man status led to one of his most notable roles in "Undercover Brother." Eddie’s extensive film resume includes films such as "Armageddon" and the worldwide successful comedy franchise "Deuce Bigalow," as well as "Date Movie," "Scary Movie 3," "Norbit" and more. His successful comedy specials have earned him respect on the stage also, and they can all be viewed on Netflix. Parlor Live is a 21+ Facility. 2 Item Minimum. SPECIAL ENGAGEMENT - No comps, vouchers or passes permitted.