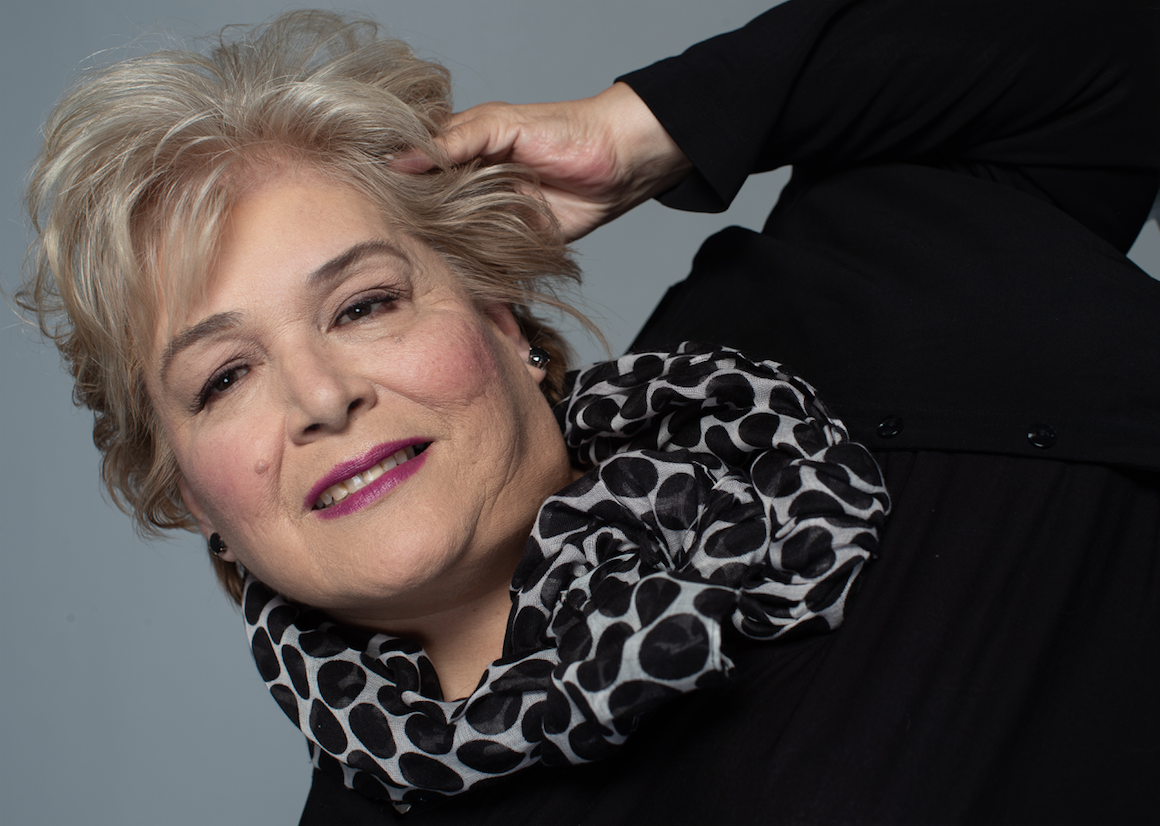 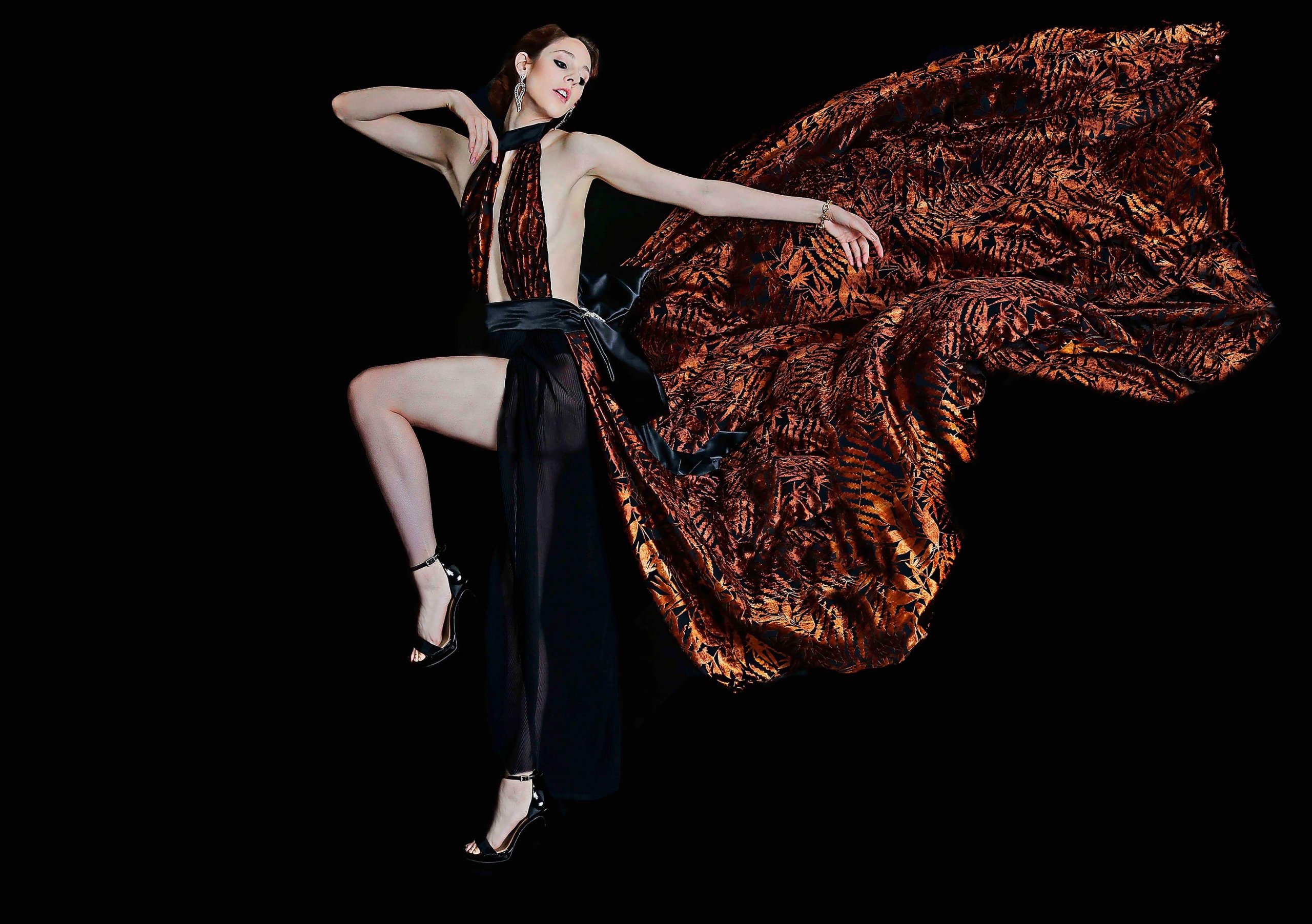 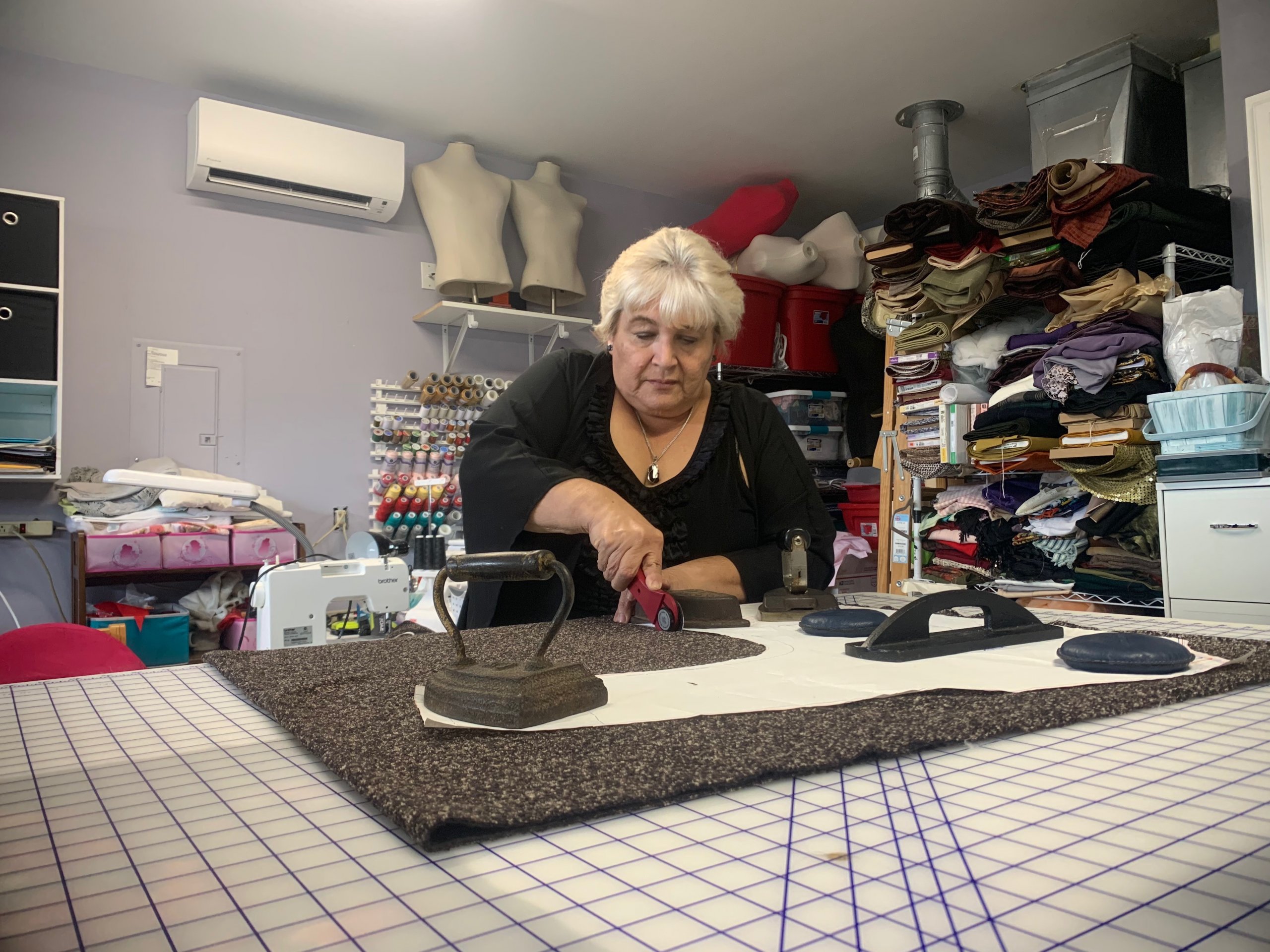 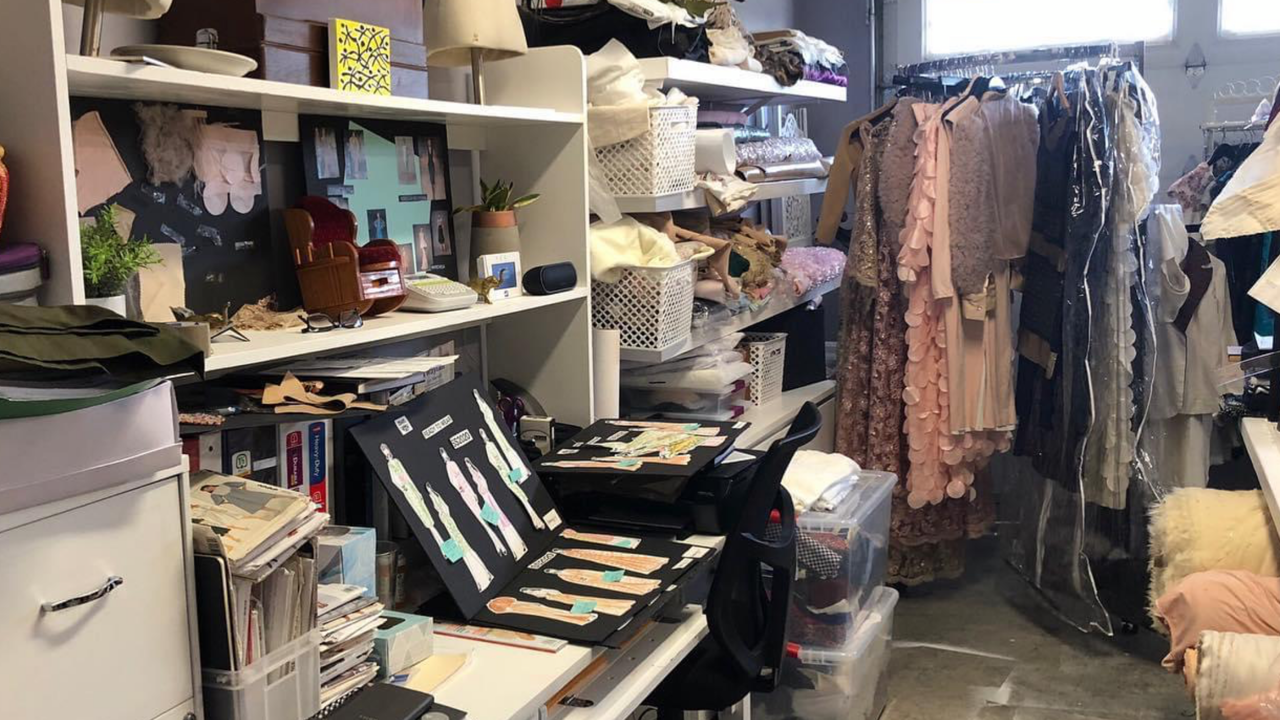 “My youngest daughter encouraged me to go to fashion school, but I thought I was too old at the time. I was 55!” 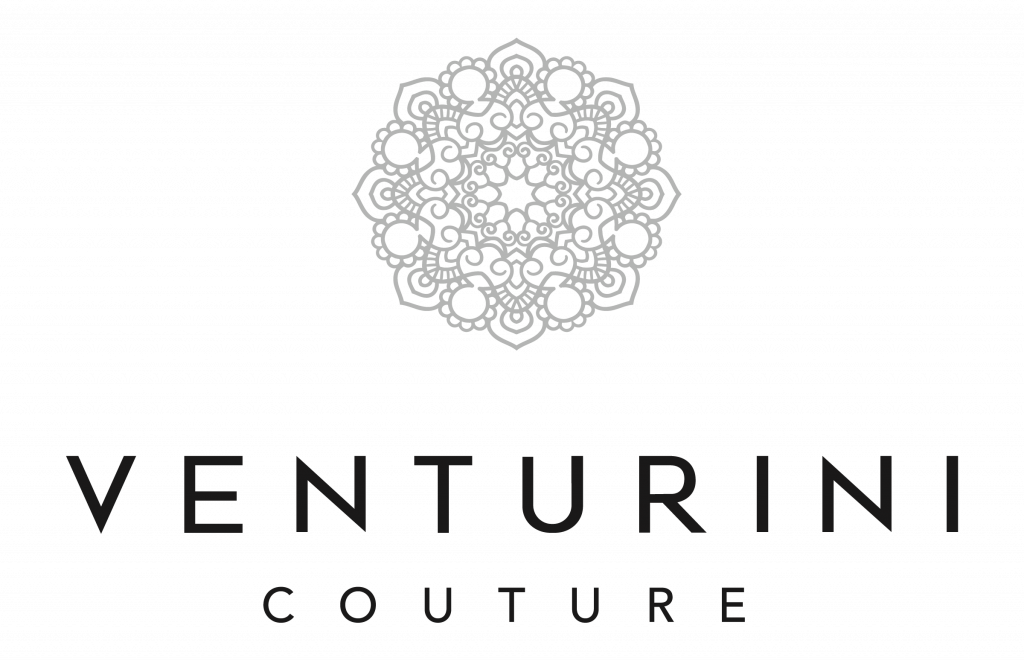 Originally from Peru and now living in Walla Walla, designer Maria Venturini grew up watching her mother and grandmother sew most of her clothing, often using fashionable patterns from Burda magazine. Her mother, who was of French and Italian ancestry, was naturally stylish and also resourceful: Maria was the youngest of 34 cousins, so her mom would round up all the clothes the other kids had outgrown to create new things from the fabrics. A few years ago, when her mother passed away, Maria inherited all her sewing notions, buttons, zippers, yarn, and other materials. “I never thought I could sew,” she says. “When my mom passed, I didn’t want to throw out her sewing things. I decided I would start to sew, but when I bought some patterns, I had no idea how to use them.”

Though she already had three degrees in computer programming, information management, and international business, discovering a new affinity for design had Maria considering a career change. “My youngest daughter encouraged me to go to fashion school, but I thought I was too old at the time. I was 55!” she says. Ultimately, though, she enrolled at the Art Institute of Seattle to pursue fashion studies. “I had the greatest time with the kids there,” she says. “Some of them thought I was the teacher at first. But they were so open and really embraced me, regardless of my age.”

Rather than start in the drawing room, Maria prefers to design by feeling. “I like to touch the fabrics. And when I find one that I like, it’s like a light comes into my head and I know what I’m going to make with it,” she says. Her aesthetic is youthful and sexy, but with a level of elegance alongside all the pizzazz. And, like her mom, she’s creative when it comes to sourcing materials—most of her fabrics are upcycled from pieces she finds at estate sales and thrift stores. Everything she creates is one of a kind. “It’s important to me that my clients know that whatever I make, they’re going to be the only ones to have it,” she says.

Currently, Maria is working on collections for next spring as well as designing the looks for her daughter’s wedding. For the bridal party, she’s inspired by the blue, purple, and pink shades of hydrangeas. As for her other projects, she’s experimenting with layers of sheer fabric and punk-rock accents. Maria describes the concept of fashion forward as being “unique and daring”—and with so much variety on her agenda, she’s definitely daring to dream up a fashionable future.